Soil contamination is the presence of toxic chemicals in soil, in high enough concentrations to pose a risk to human health and/or the ecosystem. Environmental Logistics Co. are the soil remediation experts.

We are experts in soil contamination remediation.

Environmental Logistics Company has been providing first-class soil contamination remediation environmental services for consultants, industrial, private, and municipal clients in Texas, Oklahoma, Arkansas and Louisiana for over 19 years. If you have questions or want to know more about our services call or contact us today.

Nationally, there are thousands of contaminated sites of varying size and significance in settings ranging from abandoned buildings in inner cities to large areas contaminated with toxic materials from past industrial or mining activities.

Many sites, particularly the largest and most severely contaminated, are tracked at the national level, but many others are tracked only at state or local levels. No single comprehensive data source tracks the full extent of contaminated land in the United States.

In 2008, EPA expanded the scope of its national tracking efforts to include all the types of sites that fall under its purview, as well as estimates of the acreage attributed to those sites. The number and status of contaminated sites changes frequently as sites are newly contaminated (e.g., via spills or natural disasters such as hurricanes), discovered, documented, and cleaned up.

As of 2017, EPA and its partners reported overseeing approximately  640,000 to 1,319,100 facilities to prevent releases into communities.1 Sites are categorized in a variety of ways, often based on the level and type of contamination and the regulations under which they are monitored and cleaned up.

These sites are seriously contaminated and include industrial facilities, waste management sites, mining and sediment sites, and federal facilities such as abandoned mines; nuclear, biological, chemical, and traditional weapons production plants; and military base industrial sites (e.g., those used for aircraft and naval ship maintenance).

Resource Conservation and Recovery Act (RCRA) cleanup facilities
These facilities are subject to cleanup under RCRA due to past or current treatment, storage, or disposal of hazardous wastes and have historical releases of contamination.

Accidental spill sites
Each year, thousands of oil, gas, and chemical spills occur on land and in water from a variety of types of incidents, including transportation (e.g., rail, barges, tankers, pipelines) and facility releases.

Sites contaminated by natural disasters or terrorist activities
Disasters of any sort, naturally occurring or caused by humans, have the potential to contaminate lands and cause problems at already-contaminated sites.

Brownfields
Brownfields are real property where expansion, redevelopment, or reuse may be complicated by the presence or potential presence of a hazardous substance, pollutant, or contaminant. Cleaning up and reinvesting in these properties protects the environment, reduces blight, and takes development pressures off green spaces and working lands.

Military bases and defense sites
Some of the millions of acres of land used by the Department of Defense are contaminated from releases of hazardous substances and pollutants; discarded munitions, munitions constituents, and unexploded ordnance; and building demolition debris. Similarly, as part of its defense mission, the Department of Energy owns numerous facilities that have been contaminated from releases of hazardous chemical and/or radioactive substances.

PCB-contaminated sites
Prior to the Toxic Substances Control Act, polychlorinated biphenyls (PCBs) were widely used across many commercial industries, and significant PCB contamination resulted from spills and releases, and from the use and disposal of products containing PCBs.

We are dedicated to your success and committed to partnerships that produce value for your business.

Reach Out To Us 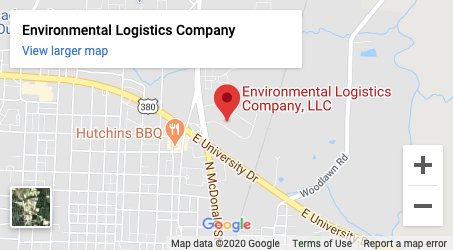